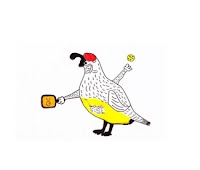 Snakes are Back
Fundraising for QC Pickleball
It's A Wrap Social RR
QC Referral Program Info
Prime Time Court Reservations
Ratings
Can I Invite Guests to Play
Organizers Extraordinaire (Last, but by far, not the least!) Please Read

That's right, the snakes are back out already.
Please don't go after balls over the fence,
as that is a service that AAA Landscaping does for the Club.
If you do see a snake, please call:
The GV Fire District @ 629-9200 for snake removal.
(Keep the number handy for snake removal at home too.) 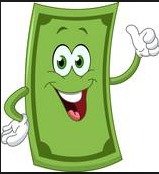 The QCPC Board is formulating a plan to obtain additional funds for maintaining and improving QC’s pickleball facilities in the future, focusing especially on players from outside of Quail Creek.  We have heard what the membership has told us, and the first step is to get the POA Finance Committee to allow us to raise funds for the POA.  Once that is allowed we will ask that some or all of these funds be set aside for the benefit of QCPC or our facility in the future.

a.  The perceived unfairness of non-residents regularly using QC courts (paid for and maintained by the Club and QC residents) without a fee and
b.  The need for QCPC to raise funds in order to contribute to future expenses at our facility.

The Board has thought of two possible methods:
A.  Charge a court usage fee for any tournament operated for the financial benefit of entities other than the POA or QCPC
B.  Charge a Guest fee to non-Quail Creek residents  who regularly use our courts

While the methods have not been fully developed, we are at least looking at the possibilities of this occurring by January 2020.

If you have any questions or ideas, please let me know by emailing Steve Shapiro at sshapiro57@gmail.com 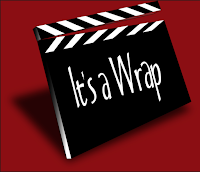 WITH ANOTHER PICKLEBALL SEASON IN THE CAN!!
SAVE THE DATE FOR OUR APRIL SOCIAL ROUND ROBIN

At the QCPC General meeting,
a question was brought up about the referral program by Robson.
We found out that the program has been discontinued at this time. 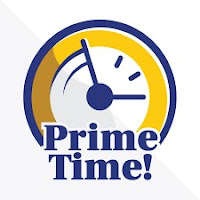 There are a limited number of courts available to reserve during morning Prime Time (currently 8 a.m. to 10 a.m.) because many courts are used for Open Play.  Reservations during Prime Time are limited to two courts for up to two hours per group of players.  This allows other groups to reserve and play during the popular morning hours.  It is not intended that multiple players in a single group will reserve additional courts or hours in order to circumvent QCPC’s Prime Time court reservation limit.  Be considerate of other Club members when making your Prime Time reservations—reserve just two (courts and hours) please! 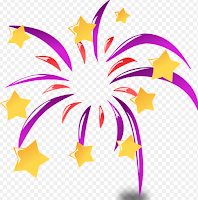 CAN I INVITE GUESTS
TO PLAY PICKLEBALL AT QC?

The answer is yes, no, and it depends!
Here are a few important POA and QCPC rules to know:

Example 1: Your kids and grandkids are visiting in QC.  Can you send them to the courts to play?  Yes, but only if you go with them and remain with them at the court.

Example 2: I made a reservation during Prime Time to play with three of my Green Valley pickleball friends.  My reservation time is during Open Play.  Can I do this?  Yes, as long as you play on courts not reserved for Open Play.  (There are always some courts available for private reservations during morning and evening Open Play.)

Example 3: I went down to the courts with my visiting pickleball friends.  All the courts were reserved and courts 15 and 16 were in use, but there were two vacant Open Play courts. Can we play on one of them so long as there are not waiting Club members?  No.  Open Play Courts can only be used by Club members.

Example 4: I reserved two courts and invite two other Club members and seven non-resident guests to play.  Two of the Club members have to leave early.  Can the eight remaining players continue to play?  No.  There must be at least one Club member for every four guests at all times.  A minimum of three guests must leave QC’s pickleball facility.

Example 5: A married couple rents in QC during January and February.  They join QCPC (annual memberships) and play weekly in the QCPC 3.0-3.5 Organized Play group.  They move to Green Valley in March.  Can they continue to play in the Organized Play group until the end of the year?  No.  Only QC property owners/renters in “good standing” and Robson buyers having a new home built in QC are eligible for QCPC membership.  This couple forfeited their QCPC memberships when they moved out of QC.

There are many more examples of proper—and improper—guest court usage.
If you have a different guest scenario and aren’t sure if it’s ok, contact Steve Shapiro or Dave Mungo. 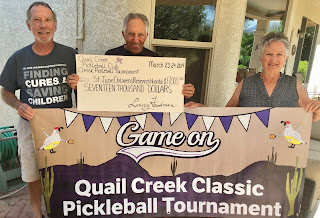 LOOK AT THAT CHECK
YES, $17,000 FOR ST. JUDE'S HOSPITAL
THANK YOU TO ALL
WHO ORGANIZED, HELPED, PARTICIPATED