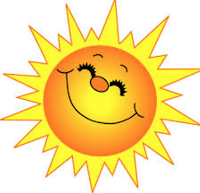 
The POA had asked the QCPC for our proposal to Tournament/Guest Fees and Parking.  We submitted our proposal (in last weeks newsletter and below).  We were originally on the agenda for the June 17th POA Board meeting.  The POA Board response is below:

Thanks for your note and the proposal put together by you and your board.  In order to have a more in depth discussion with you and your immediate club board, and after discussion, we would like to meet and review your proposal and the POA Board guidelines that Connie and I have provided.   Until we have had that opportunity, most likely in July due to travel and vacation schedules, we feel it better to table putting this topic on the June board meeting agenda.

I have submitted your email and proposal to the full board so they may have an opportunity to evaluate and develop any questions needed to be answered before any direction or decision is made. As soon as I can coordinate such a meeting, again with you and your direct club board, I will be back in touch to firm up dates and times.

We appreciate the time and effort on your part and we want to insure that whatever rules and procedures are adopted that they are the right thing for all Quail Creek residents. Feel free to contact me directly with any additional questions or data you would like to provide.

Thanks and I'll be back with you on this soon.

QCPC Board Proposal to POA on Guest Fees

Last week the newsletter went over the QCPC Proposal to the POA concerning Tournaments, Usage Fee and parking.  This week is the 2nd portion of our proposal - Guest Fees

i.    It is important to QCPC members to be able to regularly play with players from outside QC.  This is especially true for higher level players who lack sufficient competition within QC and during the summer season when many QCPC players are away.  However, these guest players should contribute financially to the POA/QCPC via a Guest Use Fee.
ii.    Fee-paying guests will only be allowed to play in QC as invited guests of QC residents
iii.    The Guest Use Fee would not apply to house guests in QC, or to visiting registered Robson Guests.
iv.    The Guest Use Fee would apply to any other non-resident who plays more than twice per quarter as a guest of a QC resident
v.    Fee-paying guests would not be permitted to reserve courts or participate in Club-only activities
vi.    Initial Guest Use Fee would be $30 per quarter, but may be adjusted by QCPC as seasons and demand require.
i.    QC hosts would purchase a wrist band (different colors for different time periods - i.e., blue for Jan-March, orange for April-June, etc.) for applicable non-resident guest players.  QC hosts would be responsible for collecting signed Robson waiver forms from guest players.
1.   The purchase would be handled by the Treasurer of the QCPC who would hand out the wrist band and deposit the proceeds for the benefit of the POA/QCPC. The QCPC Treasurer would also collect  the signed Robson waiver forms
2.   Wrist band would be non-transferrable
ii.    All QCPC Policies & Procedures limiting the number of guests and governing court dress and behavior will remain applicable
iii.    Visibility
1.   Wrist bands would be required to be worn by applicable non-residents while playing in QC
2.   Community Service Patrol may request that guests show wrist bands at the Gatehouse to be allowed entrance to the QC courts
3.   Wrist bands will make it easier to enforce rules and restrictions governing applicable non-resident guest players
4.   Wrist bands will give QCPC members and QC residents assurance that frequent guest players are paying their fair share

Many members of the QCPC have been telling the Board that the Club needs to take some action to improve the turnout for Open Play.  In response the Board has come up with a trial plan to draw more players to Open Play.
We will monitor participation and get feedback from Club members during this experiment.  We can change, expand, or eliminate as needed.