Proposal by QCPC Board to the QC POA

The QC POA has asked the QCPC Board to come up with suggestions that will cover the following concerns:

The POA request:
We were asked to republish the proposed changes to tournaments and want members to know the QCPC board is in dialog with the POA board on this.

The Quail Creek Pickleball Club (QCPC) serves as steward of the Quail Creek POA (POA) pickleball assets.  The POA would like for QCPC to assist financially with present and future expenses associated with the pickleball courts.  In addition, QCPC members and QC residents have expressed concerns about the unfairness of non-residents using QC courts without contributing financially to them.  Currently, QCPC is not allowed to charge for the use of QC pickleball courts.  Last, POA Board members have asked QCPC to provide an alternative to parking vehicles on Quail Crossing Boulevard during pickleball tournaments.

This fundraising and guest fee proposal (discussed in the next newsletter) addresses each of these issues.

Proposal:
i.    One of QCPC’s objectives is to encourage active participation in “events and tournaments conducted in accordance with the United States Pickleball Association.” Article I, Section 2, QCPC By-Laws
ii.    Current tournaments (minimum one month apart)
1.   The Southern Arizona Senior Games (proposed for February 25-27, 2020) is operated by Green Valley Recreation, a non-profit entity
2.   Quail Creek Classic (proposed for March 28-29, 2020) is operated by QCPC volunteers for the benefit of St. Jude’s Children’s Hospital, a non-profit entity and the designated charity for the United States Pickleball Association
3.   The Green Valley Firefighter’s Tournament (proposed for May 1-2, 2020) supports local firefighters through the affiliated non-profit entity
4.   Each of these tournaments provides positive publicity for QC and QCPC by attracting hundreds of participants, including those living out-of-state or elsewhere in Arizona
i.    Active adult communities and private pickleball facilities typically charge $500 or less per day to third-party operators of tournaments
ii.    QCPC previously suggested to resident POA Board members a fee of $500 per day, an amount QCPC believes is reasonable and most appropriate
iii.    The maximum fee that QCPC could support is:
1.   $750/day for tournaments with 200 or fewer non-residents
2.   $1,200/day for tournaments with 201-300 non-residents
3.   $1,750/day for tournaments with 301 or more non-residents
a.   Due to the economics of operating longer tournaments (3-4 days) with 16 courts, the maximum total fee that QCPC can support for a three or four day tournament is $5,250.
4.   QCPC proposes that tournament operators pass on the cost of the facility fee only to non-QC participants (protecting QC residents, but also reducing total tournament revenue)
5.   QCPC does not know whether the non-profit entities involved can or will continue to operate tournaments in QC with fees at these elevated levels
i.    Resident POA Board members asked QCPC to investigate alternatives to parking vehicles on Quail Crossing Blvd. during tournaments
ii.    Need parking for an estimated 70-110 vehicles.
iii.    Parking at the Quail Creek–Veterans Park across Nogales Highway is not feasible
a.   Town of Sahuarita will require POA to provide a Certificate of Insurance and Endorsement for one million dollars per occurrence naming the Town as an additional insured.
b.   Safe shuttle service (due to distance and crossing a busy public road) would be needed and is either not available or prohibitively expensive
i.    Can’t use public transportation (Dial-a-Ride) or school bus.
ii.    Two private vendors declined
iii.    Green Valley Airport Shuttle would charge $1,500 per day
iv.    Off-road parking within Quail Creek
1.   The Grill parking lot has 210 parking spaces; could cone-off a minority of spaces to use for tournament parking (e.g., the two western-most rows farthest  from the Grill entrance for a total of 95 spaces).
2.   CATC parking lot has 178 parking spaces; could cone-off a minority of spaces for overflow parking, if needed (e.g., the two eastern-most rows farthest from the CATC entrance for a total of 76 spaces).
3.   Since the vast majority of tournament players depart by mid-afternoon, tournament parking will have little or no effect on dinner-time parking at the Grill.
4.   Due to the distance from the courts, parking at either of these locations would require shuttle van service for each full day
a.   Golf carts lack sufficient capacity or speed to serve as shuttles
b.   May be able to rent a van if insurance/liability issues for van and drivers can be worked out
v.    Allow off-road parking on undeveloped land near the QC pickleball courts


1.   If close enough, shuttle service may not be necessary

The QCPC board's line of communication for its member's opinions is through its officers.  This position does not preclude any member from directly contacting POA board members with their opinions.  For additional information on what non-board members are doing with respect to how these changes will impact fundraisers held at Quail Creek, including St Jude’s, contact Lenny Friedman. 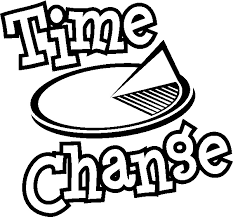 Organized Play 3.0/3.5 Suspended for Summer
The Organized Play Skill Level 3.0/3.5 has been suspended for the Summer due to players consensus to disband for the summer.  Players are encouraged to still come down to the courts and play in Open Play.

You will notice 4 new ball holders and pickleballs at the courts.  The new balls are Dura 40, which are a seamless one piece ball that are used in tournament play.  The club has purchased these balls for usage by any member of the club.  Try it and see how different it plays.  Remember, don't go after any ball that goes over the fence, and please return the balls to the proper holder.  Also, a very special Thank You to Gary Mencimer for making and hanging up the new ball holders.

Court Cleaning Schedule
The courts are now cleaned every Thursday on a rotating schedule.  All court cleaning will begin at 6:30am and  depending on how many courts are being cleaned it will either be finished by 8 am or 10 am.  The schedule is listed by week on the pickleball court reservation calendar and posted on the bulletin board