ATTENTION: All Members of the QCPC 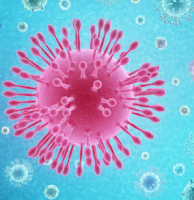 The QCPC Board has decided to enact the following temporary rules to protect the well-being of our membership and the residents of Quail Creek.

As you may know, the coronavirus guidelines now apply to gatherings of more than 10 people whether planned by groups, organizations or individuals.  Yesterday GVR closed all Recreation Centers, including all of their pickleball courts.  The QCPC Board is trying to be proactive to prevent this from happening at our courts.   While we are not trying to prevent pickleball from being played, we feel that it is our responsibility to promote best practices and compliance with current health guidelines.  To that end, we strongly urge the following for all pickleball players:

In addition, there will now be a limit of 2 courts per individual for reservations all day.  This is intended to limit the size of gatherings to 10 or fewer.  Also, the "Members Only" tournament will be postponed to another time.

On another note, the dates for the pickleball light installation has now been changed to March 23rd/24th, so those courts having lights installed will be blocked off for pickelball play on those dates.

Also, effective Thursday March 19th there will be a total of 6 courts designated as "not reservable" during Prime Time hours.  Outside Prime Time hours, courts 15 and 16 will remain unreservable.  This will allow players to drop in, not for any kind of organized play, but rather just for pick-up games.

Remember, these new restrictions will not last forever, and things will progressively return to normal.  Keep healthy and safe. 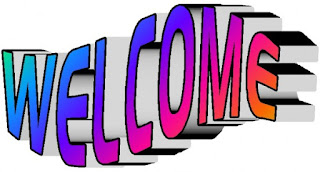 First the good news:
After years of effort by QCPC,
new court lighting to be installed
on courts 3-8 and 13-16
March 19 through March 21.

This is an important capital improvement for QC pickleball.

Now the bad news:
In order to clear the affected courts
for the contractor’s crew and equipment,
all 10 of these courts will be closed
on these days.
Only six courts (1-2, 9-12) will be available for play. 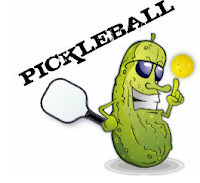 The QCPC Board would like to thank
all of the Club Members that participated
(through actual attendance & proxy votes)
in our General Meeting on Thursday.

The following motions were unanimously approved by the membership:

1. To authorize the QCPC Board to spend
up to $15,000 to purchase
and install a 12’ x 40’
shade sail structure
at the QC pickleball courts

2.  To spend up to $5,000 to install
six new concrete bench pads
at the QC pickleball courts.

New to pickleball and need a high-quality
paddle? The Selkirk Latitude is a widebody
polymer composite paddle for novice through
intermediate players. The Latitude is available
from QCPC for $60. Contact Dave Mungo at
djmungo@hotmail.com or 303-335-6707.

Pickleball Central
Buy pickleball equipment here. Use the code
“CRQuail” to get a 5% discount and 5% goes to
the Club.

Paddletek Paddles
from your Paddletek Rep

Selkirk Paddles
from your Selkirk Rep.

This information is also on our web site
right hand column.
Posted by QCpickleballClub at 10:00 AM
Email ThisBlogThis!Share to TwitterShare to FacebookShare to Pinterest
Newer Post Older Post Home